Our events structure provides handicapped golfers with tournaments that are based on our revolutionary sudden death format… where the aim is to “Beat the Burglar”.

Each days play climaxes in a two hole playoff  where the winner of the day is determined in front of large gallery of the days participants. It is the only amateur event world wide that can can come close to recreating a professional tournament atmosphere. 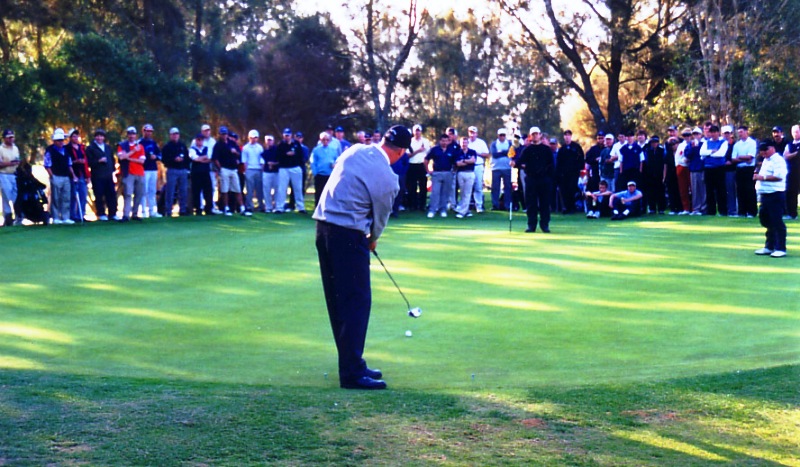 What is the Shootout?

The SHOOTOUT is a golfing event that plays no favourites. On any given day, man, woman, a, b, or c grader all have the opportunity to become a SHOOTOUT champion.

Can you handle the pressure of a gallery? The SHOOTOUT will let you find out. Test yourself under the SHOOTOUT format and see how you stand up to what the pro’s face daily.

How does it work?